A New Identity: Let The Star Within
EkoConnect Voice it

That is the Focal Scripture of Streams of Joy Devotional today.

So even before Esther got to the throne, stardom was already hovering around her. Before she attained royalty, greatness was already in her. her present identity was her future reality. The throne didn’t make her a star; the star in her brought the throne.

Take your identity from God’s word; tell yourself what God’s word says about you;

Proclaim God’s word into your life, family, marriage, ministry, career, business, etc; even when your circumstances are not good enough, take your identity from what God says about you; keep speaking positive words to yourself even if you are still in obscurity; keep holding on to what God says about you no matter what your situation says.

Remember, Esther was called a star, and a star she became. She attracted what she was called. Run away from those who prefer to identify you wrongly, insist on a new and positive profile and you will attract what you are called.

Declare With Me: I refuse every negative identity; I take my identity from God’s word, in Jesus’ name!

Converted in February 1994, Pastor Kayode (PK) is an ordained Pastor with The Redeemed Christian Church of God. He has worked with The Redeemed Christian Church Of God in several capacities as Treasurer, Strategic Planning & Monitoring Officer, Internal Auditor overseeing over 200 local parishes as well as parishes in Australia, Grenada, UK, USA, Papua New Guinea, Belgium and South Africa. Currently the Chief Executive Officer of Havillah Tents Limited, a start up company with products such as www.oniseowo.com, an online platform to advertise artisans, workmen, tradesmen and informal businesses. A family man, PK is a true entrepreneurs' pastor with a strong passion for helping small businesses and startups fulfill their God-given potential as vehicles of change. 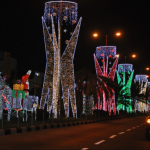