Who would choose Akowonjo over Akoka? Or Ikotun over Ikoyi? No, not even the hardiest die hard ‘shons-of-de-shoil’. Well, maybe the local government chairmen and their counselors. For the normal folks though, one visit to the nicer parts of Lagos, and you’re invariably hooked on the goodness.

So what makes up a ‘nicer part of town’? Internationally, the first consideration is human density. Simply put, how many people live in an area per square meter. So if on average, 20 people share a house built on a standard plot size of 650sqm in Igondo, and only 5 people live in the same size property in Ikota, then Ikota is a nicer place to live.

But of course there are many more factors involved – like available amenities. So people will consider the sewage system, street lights, green areas, recreational facilities, transportation network. Also high on the reasons list are the state of the roads, size of roads, security, and the profile of other residents.

By this definition, there are certain stand out residential areas in Lagos. A simple mention of these areas and it immediately tells a near complete story of an individual’s financial status.

The Best Areas To Live ‘On The Island’ In Lagos

…followed closely by Parkview Estate: These 2 relatively new residential areas rank high above all other parts of Lagos for true upper class living. The houses are beautifully built, and the apartment blocks come straight out of glossy foreign magazines. To live here, you most certainly must have arrived.

Technically, Banana Island and Parkview Estate are in Ikoyi. But in a bit to separate wheat from chaff, Old Ikoyi, as it is now known, has been relegated to 3rd place in rank. Meanwhile, Dolphin Estate, SW Ikoyi, and more recently, Ilubirin all cling on tenaciously to remain part of highbrow Ikoyi.

The old ‘VI’ is today mostly commercialized with banks and big business taking over most of the properties. However, it still remains a high value property proposition. If nothing else, the richest man in Africa, Aliko Dangote lives in VI, while his brother lives in VI Extension.

Oniru is the new VI, and is home to some of the most exquisite properties in Lagos. There’s a lot of new money in Oniru. The area boomed during the heady days of ‘oil & gas’ under the successive administrations of Yaradua and Jonathan.

Interestingly, Lekki I took off well before Oniru did in spite of being a few short kilometers further away from VI. As a result, the first real expansion of Lagos into the suburbs on the Island was straight into Lekki I. So while not as shiny as Oniru or ‘New Ikoyi’, Lekki I retains its appeal mostly because of the stature of the early residents. Of course its nearness to Ikoyi, VI and more recently Oniru keeps it appealing. The Lekki Link Bridge has also done a lot to improve the attraction of the area.

Built by Israeli contractors in the 90s, VGC is one of the best planned estates in Lagos. In truth, there are parts of VGC which can very easily be confused with serene middle class streets in Europe. It is that well laid out. VGC also enjoys fantastic power supply, far superior to most if not all other parts of Lagos. It has one significant drawback however: distance. VGC is about 23km away from Oniru and with traffic, it can be a nightmare to navigate on a daily basis.

There are many estates now springing up on Lekki Expressway between Lekki I to beyond Ajah. And many of them are superbly done. From the infrastructure, the layout, amenities, and even to the approved house designs, these estates are very well managed. However, owing to the relatively small sizes of most of these estates, they are difficult to come by, and are usually owner-occupied.

Sadly(?), it would seem that the era of free money in Nigeria has ended. At least for now. So getting a hand on these properties is out of reach for many Lagosians. Yet we pray the good times return. Maybe not necessarily in the narrow field of ‘oil and gas’. But in a more widespread and equitable manner. That way, more people can enjoy to live the good life in Lagos. 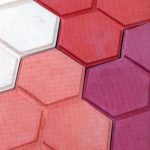 How To Invest In Interlocking Tiles Production From Plastic Wastes
Street Connect: Vox Pop on The State of The Economy
Connect with:
Facebook Google
Back to
log in
Choose A Format
Story
Formatted Text with Embeds and Visuals
Meme
Upload your own images to make custom memes
Video
Youtube, Vimeo or Vine Embeds
Audio
Soundcloud or Mixcloud Embeds
Image
Photo or GIF