Content creation these days has been made ever so easy with mobile and smart devices. Every day, at every turn, people are pointing their camera phones at interesting and not so interesting subjects and just clicking away. The more optimistic smartphone shooter believes her next shot will go viral and make her an instant star.

Shooting Strangers can be injurious to your health

And so, either deliberately or inadvertently, we take pictures of people who probably don’t want to be photographed. In more extreme cases, we actually shoot videos of strangers because we think they’re interesting and therefore worthy of filming and eventually sharing.

But are there limitations? Are people’s rights being infringed? Are we crossing the line of privacy in many cases?

There’s an extra kick to taking an action or candid shot of someone who isn’t aware. Of course, the more daring will go up close and personal, and shoot, damning the consequences. I may have tried this approach in my younger days, but at this stage, I want to avoid physical confrontations of any kind. Especially the ones which involve people’s images.

You quite seriously run the risk of being accused of “jazz”. It is not inconceivable that the “victim” accuses you of wanting to use her image to make money. Or to retard her destiny and promote yours instead. We are in the 3rd World, and there’s no pretending otherwise.

Now depending on which part of Lagos you find yourself, this sort of accusation can quite easily lead to your receiving the beating of your life; if you’re lucky. You may get a tyre around your neck if you meet an especially hostile crowd.

So, what then are the guidelines to shooting strangers, or even simply shooting in public, around a city like Lagos? 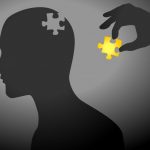 3 1/2 Habits of The Most Persuasive Entrepreneurs Anywhere 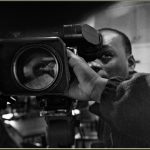 The Essence Of Video Marketing In Business
Connect with:
Facebook Google
Back to
log in
Choose A Format
Story
Formatted Text with Embeds and Visuals
Meme
Upload your own images to make custom memes
Video
Youtube, Vimeo or Vine Embeds
Audio
Soundcloud or Mixcloud Embeds
Image
Photo or GIF